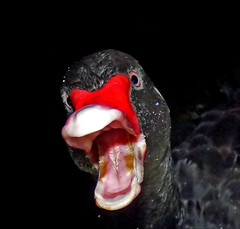 
How Do You Say “Wall Street” in Latin?
Marco Del Negro and Mary Tao

The Forum. This is where finance happened in ancient Rome. According to the historian Jean Andreau (“Banking and Business in the Roman World”), both run-of-the-mill banking and high finance took place in the Forum. The former was performed by money lenders (in Latin, argentarii), who were mostly plebeians. The latter, as far as we know, was almost exclusively run by and for the patrician classes: senators and knights (equites). Money lenders were a professional group (many of them were former slaves). Taking deposits, making loans, and assaying and changing money (which was then made of precious metals—gold, silver, and bronze—in different denominations) was how they made their living. Those patricians who were involved in high finance, however, often had a patrimony (land, real estate, slaves) and an income they could live off. Yet they sought to increase their wealth by lending both their money and other patricians’ money. To lend money for interest in Latin is called faenerare; hence, these people were called faeneratores (see also Koenraad Verboven, “Faeneratores, Negotiatores and Financial Intermediation in the Roman World”). They were “specialized businessmen who spent all their time in the forum” (Andreau, p. 15), and who hung around the Janus medius, a vaulted passageway in the Forum: “Both creditors and lenders could be found there—that is to say both passive investors seeking to place their money and also intermediaries arranging credit, who were experts at investing money” (Andreau, p. 16). To quote Cicero (De Officiis, Book II):

“But this whole subject of acquiring money, investing money . . . is more profitably discussed by certain worthy gentlemen at the Exchange [ad Janum medium] than could be done by any philosophers of any school.”
► Show Spoiler
Just like with FICO scores today, creditors would share information about delinquent debtors and post it on a column—the Columna Maenia.

Run-of-the-mill banking was regulated in ancient Rome, and argentarii needed to maintain accounts of their transactions. For Latin jurists, “what characterized a bank [argentaria] was the twofold service that it provided: receiving deposits and advancing credit” (Andreau, p. 39). Some deposits were just for safekeeping and yielded no interest (vacua pecunia), while others did earn interest (creditum). The latter could be invested, but not the former. However, most of the loans advanced by the argentarii were apparently short term and local. In essence, the argentarii were your neighborhood bank—that is, banking for the average Joe (or the average Caius).

Aristocratic finance—the faeneratores—was quite a different business, a sort of proto-“shadow banking system.” Elite financiers weren’t subject to any special regulations. They would invest in far-flung places, especially the provinces, and would have intermediaries (societas danistaria) making sure their loans produced a good return. Sometimes they would act as private wealth managers (procuratores) for other patricians who didn’t want or didn’t know how to invest their money (unlike in the Middle Ages, lending with interest was not taboo in Rome, but spending all the time in the Forum was not considered very classy for a senator). Elite financiers had political power and, throughout Roman history, they would exercise it.

How much money was going through a faenerator’s hands? Well, we know that one fellow, Q. Considius, probably a senator, held 15 million sesterces worth of debt claims. How much is that? The annual pay of a soldier in those days was about 9 aurei (see M.E.K. Thornton), and 1 aureus was worth 100 sesterces. With that money, Q. Considius could therefore have raised an army about the size of Slovakia’s. What happened if the lenders needed their money right away? Basically, there was something like a secondary market for debt: “He [the creditor] would sell on his debt-claims either to the intermediary who had ceded them to him or to some other intermediary, and the intermediary would then cede them to someone else. The mechanism seized up as soon as a liquidity crisis or a debt crisis developed” (Andreau, p. 18).
http://libertystreeteconomics.newyorkfe ... latin.html

Imagine yourself a Roman citizen in the 1st Century B.C. You’ve gone shopping with your partner, who’s trying to convince you to buy a particular item. The thing’s pretty expensive, and you demur because you’re short of cash. You may think that back then such an excuse would get you off scot-free. What else can you possibly do: Write a check? Well, yes, writes the poet Ovid in his “Ars Amatoria, Book I.” And since your partner knows it, you have no way out (the example below shows some gender bias on Ovid’s part. Fortunately, a few things have changed over the past 2,000 years):

But when she has her purchase in her eye,
She hugs thee close, and kisses thee to buy;
“Tis what I want, and ‘tis a pen’orth too;
In many years I will not trouble you.”
If you complain you have no ready coin,
No matter, ‘tis but writing of a line;
A little bill, not to be paid at sight:
(Now curse the time when thou wert taught to write.)
....
The commonest procedure for large property purchases in this period was the one casually alluded to by Cicero [De Officiis 3.59] . . . ‘nomina facit, negotium conficit’ . . . provides the credit [or ‘bonds’–nomina], completes the purchase.”

What exactly are these nomina?–from which, by the way, comes the term “nominal,” so commonly used in economics. In his Ph.D. dissertation “Bankers, Moneylenders, and Interest Rates in the Roman Republic,” C. T. Barlow writes (pp. 156-7): “An entry in an account book was called a nomen. Originally the word meant just that–a name with some numbers attached. By Cicero’s day . . . [n]omen could also mean “debt,” referring to the entries in the creditor’s and the debtor’s account books.” And this “debt was in fact the lifeblood of the Roman economy, at all levels . . . nomina were a completely standard part of the lives of people of property, as well as being an everyday fact of life for a great number of others” (Harris, p. 184). Pliny the Younger writes, for example, (in Epistulae 3.19): “Perhaps you will ask whether I can raise these three millions without difficulty. Well, nearly all my capital is invested in land, but I have some money out at interest and I can borrow without any trouble.”

For concreteness, say that some fellow, Sempronius, owes you one million sesterces. You–or in case you’re a wealthy senator, or eques, your financial advisor (procurator–Titus Pomponius Atticus was Cicero’s)–would record the debt in the ledger. What if you suddenly needed the money to buy some property? Do you have to wait for Sempronius to bring you a bag with 1 million sesterces? No! As long as Sempronius is a worthy creditor (a bonum nomen [see Barlow, p. 156]; in the modern parlance of credit rating agencies, a triple-A creditor), you’d do what Cicero says: transfer the nomina, strike the deal. For example, Cicero writes to his financial advisor Atticus (Ad Atticum 12.31): “If I were to sell my claim on Faberius, I don’t doubt my being able to settle for the grounds of Silius even by a ready money payment.” As Harris (p. 192) observes: “Nomina were transferable, and by the second century B.C., if not earlier, were routinely used as a means of payment for other assets . . . . The Latin term for the procedure by which the payer transferred a nomen that was owed to him to the seller was delegatio.”

So, we’ve seen that Romans could settle payments by transferring nomina. But was there a market for nomina, just like there’s one today in, say, mortgage-backed securities? According to both Barlow and Harris, the answer is yes. They claim that the Romans took the transferability one step further and essentially turned “mere entries in account books” into “negotiable notes” (see Barlow, p. 159, and Harris, p. 192).

Was the Financial Crisis of 33 AD the First Case of Quantitative Easing?
....
If you think about Tiberius’s response, it is little different from what Bagehot would have recommended in Lombard Street, written in1873, or what Bernanke did in 2008. Just as Bernanke expanded the balance sheet of the Fed, Tiberius increased liquidity by a huge amount, an early version of the TARP. Tiberius lowered interest rates to zero for three years to alleviate any additional pain, again, little different from the quantitative easing the Fed has carried out to keep both short- and long-term interest rates low.

The financial crisis of 33 AD also illustrates how integrated all parts of the Roman Empire were since it involved not only Rome, but Egypt, Greece and France. The financial panic took place over a period of a few weeks, one collapse precipitating the other, just as problems at Lehman, AIG and Morgan Stanley quickly led to problems in other parts of the financial sector and the real economy. The financial crisis was resolved with Tiberius’s measures, and the downward spiral was stopped.
https://www.globalfinancialdata.com/gfdblog/?p=1374

1. "All animals are equal, but some animals are more equal than others." Включително в този форум. 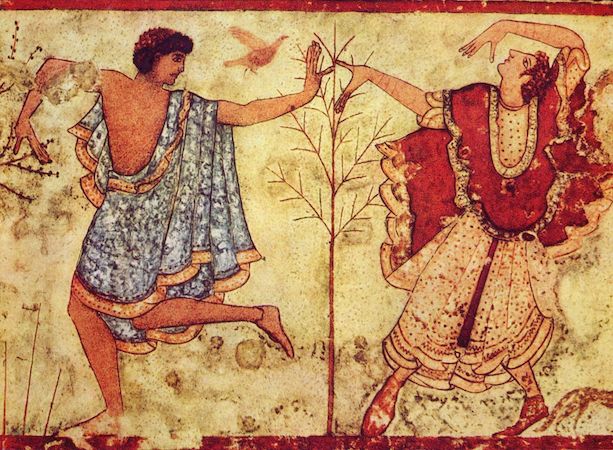 Било е престижно. Аполон е изобразяван рус.
1. "All animals are equal, but some animals are more equal than others." Включително в този форум.

Това са си бербери.
1. "All animals are equal, but some animals are more equal than others." Включително в този форум.

Нядявах се да е по-пълен.
1. "All animals are equal, but some animals are more equal than others." Включително в този форум.